The UK government approved the Jackdaw gas field on June 1 and it is set to draw mass protests of ‘thousands of people across the UK’ during August 20 to August 27. The Jackdaw project is expected to come online in the mid-2020s, and at peak production rates using latest mining plants and equipment, could represent over 6% of projected UK North Sea gas production in the middle of this decade, with operational emissions of less than 1% of the whole UK basin. This is expected to provide sufficient energy to heat 1.4 million homes. It is worth noting that Jackdaw is a part of Shell’s broader intent to invest $20 to $25 billion in the UK energy system in the next decade, 75 percent of which will go to the development of low and zero-carbon products and services. 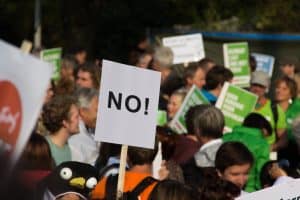 The #StopCambo movement, named after the protests against Shell’s Cambo oilfield project, is similar to other global protests against climate change caused by oil and gas project activities. It said on its website that the decision of the UK government to approve Jackdaw on June 1 was placing ‘the narrow interests of Shell and its shareholders over the public good.’ The #StopCambo campaign is made up of individuals, grassroots groups, and organizations across Scotland, the rest of the UK, and the world who are dedicated to ending all new oil and gas extraction and bringing existing production within safe climate limits. “We won’t let that stand. We’re going to pressure the UK government to reverse their decision on Jackdaw and use every tool we can to delay and eventually stop this field. Jackdaw is the largest gas field to be approved since the IEA said we can’t have any newer fossil fuel projects if we want to stay within safe climate limits. Jackdaw’s gas won’t lower energy bills but burning it would create the same amount of pollution as half of Scotland’s.” the activists said.

Cambo and Jackdaw are not the only targets for the activists as, in times when options to decarbonize the oil and gas industry are being explored, the UK wants to approve dozens of new fossil fuel projects by the year 2025 and is set to launch another licensing round for new oil and gas exploration this fall. Aside from the Jackdaw project, Shell intends to build two new floating offshore wind farms around the Scottish coast by leveraging steel fabrication products, which could power six million homes, along with a target of having 100,000 public EV charge points operational in the UK by 2030. “Starting on August 20, we’re taking the fight back to the Government, to Shell, and to every oil and gas producer who thinks that they can burn our future and get away with it. We will not let them go ahead with Jackdaw, and we will continue to build a coalition strong enough to force the government to commit to no new fossil fuels and a just transition for all.” 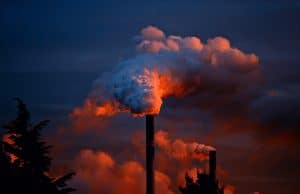 “We’ve stopped Shell once already. Last year it pulled out of the huge Cambo oil field in the North Sea because of our actions. We can do it again,” the #StopCambo movement said. The activists claimed that they would pressure as many MP and MSPs as possible to commit to doing everything that they can to stop Jackdaw and all new fossil fuels – from asking for a meeting with them, pushing for a response on Twitter, challenging them publicly, etc.