U.S. Steel plans to withdraw the unfair-labour-practice complaint it filed against the United Steelworkers during a contentious round of negotiations. In September, Pittsburgh-based U.S. Steel filed complaints with the National Labour Relations Board against USW and USW Local 1066 in Gary, which represents workers on the west side of the Gary Works steel mill. It charged that the company was bargaining in good faith but did not receive a response to its proposal, which it said was “best for all.” The union held out for a better deal in line with what Cleveland-Cliffs workers got and ultimately negotiated one that workers overwhelmingly approved. The four-year deal includes 5% raises for each of the next four years, or more than 21% compounded over the life of the contract, as well as a lump-sum bonus of $4,000. 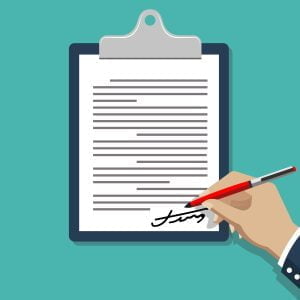 “From the start of negotiations with the United Steelworkers, our goal was to reach an agreement that was responsible and served the interests of all stakeholders including pipe fabrication companies, the communities in which we operate, our customers and shareholders,” U.S. Steel spokeswoman Amanda Malkowski said. “There was a period of 28 days in which the USW did not return to the bargaining table. The union had a legal duty to bargain an agreement with U.S. Steel at reasonable times and places throughout this time frame but refused. After we filed the complaint, the USW quickly returned to negotiations, and we were able to reach a satisfactory agreement — albeit later in the year than originally anticipated.” 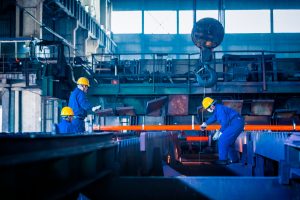 U.S. Steel said the complaint is no longer necessary because an agreement was reached. “Now that the agreement is ratified, we believe withdrawing the charge is the best decision so our employees and management can focus on continuing to deliver profitable steel fabrication solutions that are best for people and planet,” Malkowski said. The National Labor Relations Board must still agree to withdraw the filing. The union dismissed the charges as “frivolous and shameful,” saying “it was USS who said that we were too far apart and they could not respond” and “we’ve made it clear we’re available to meet and bargain fairly.” The sides had been at a stalemate long after the USW reached a deal with Cleveland-Cliffs, with U.S. Steel proposing lower wages in view of increased labour costs than the pattern agreement, which the USW said went against decades of precedent and refused to accept.

The new deal runs through September 2026 and covers 11,000 steelworkers at 13 union locals across the United States, including at the Gary Works steel mill and the Midwest Plant in Portage. It includes an additional holiday, new parental leave, improved vacation, stronger retirement benefits and improvements to health care with no premiums. It preserved the profit-sharing plan that got steelworkers tens of thousands of dollars more in their pockets in recent years. USW members at Northwest Indiana mill will continue to get 7.5% on profits between $10 and $50 of profit per ton shipped and 15% on profits above $50 a ton. U.S. Steel also pledged to invest $1 billion in its steel mills over the next four years, an investment the union seeks in such agreements to ensure safety and security at the workplace, with the thought that the company wouldn’t walk away from capital it has sunk into its facilities.